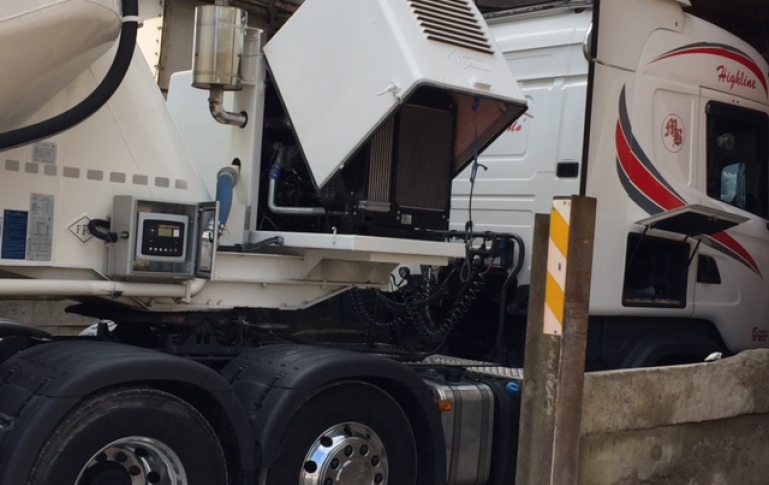 Working within the domestic, commercial and industrial sectors, the vehicle is capable of collecting up to 3 tons of surplus cement from locations around the county of Staffordshire, bringing it back for recycling and reselling, three to four times a day.

The mixer is driven by a conventional Perkins engine, powered by an onboard power pack with the DSEE800 providing advanced engine protections and speed limiting functions.

This is the first vehicle of its type and the company is extremely happy with how the project has gone.

The vehicle is now fully operational and making a valuable contribution to ‘green’ efforts in Staffordshire.  A further vehicle is planned for later in the year.

The DSEE800 was chosen because it was easy to use and configure, but also protected the engine and provided essential speed control. “The customer wanted an engine controller that was user friendly as well as having a wide range of flexible functionality.  The DSEE800 was the ideal choice for their application and we are delighted to see it being used in yet another unusual capacity – Matt Watson, Business Development Manager, DSE